Angela and I love to spend lazy Sunday afternoons roaming antique stores.  The untold history held in the rows and rows of unclaimed items are a great inspiration for my imagination.  While strolling around Wertz Brothers in Santa Monica, I came across this vintage wedding photograph and I had to purchase it.  There are a lot of old photographs in antique stores but this one really stood out.  The sheer opulence of the bridal party’s attire and the beautiful purple matte framing it add up to a magnificent photograph.  On the very bottom left corner is the mark “Flint Studio – Waterloo, IA.”  It looks like this image was photographed by Herman W. Flint who owned a photo studio in Waterloo, Iowa between 1901 and 1946.  Isn’t it amazing what we can find on the internet?  I even found some of his photos online that were taken in my native state of Wisconsin!  Who this bridal party was and how this photograph ended up in Santa Monica, California I’ll unfortunately never know.  The photographs we capture for our couples are art and history and will be viewed for generations.  They are priceless for their entire family and it’s a great honor for us to capture them.  But I secretly hope ninety years from now one of my photographs ends up in some obscure antique store…..to be discovered and admired by a fellow photographer of that time. 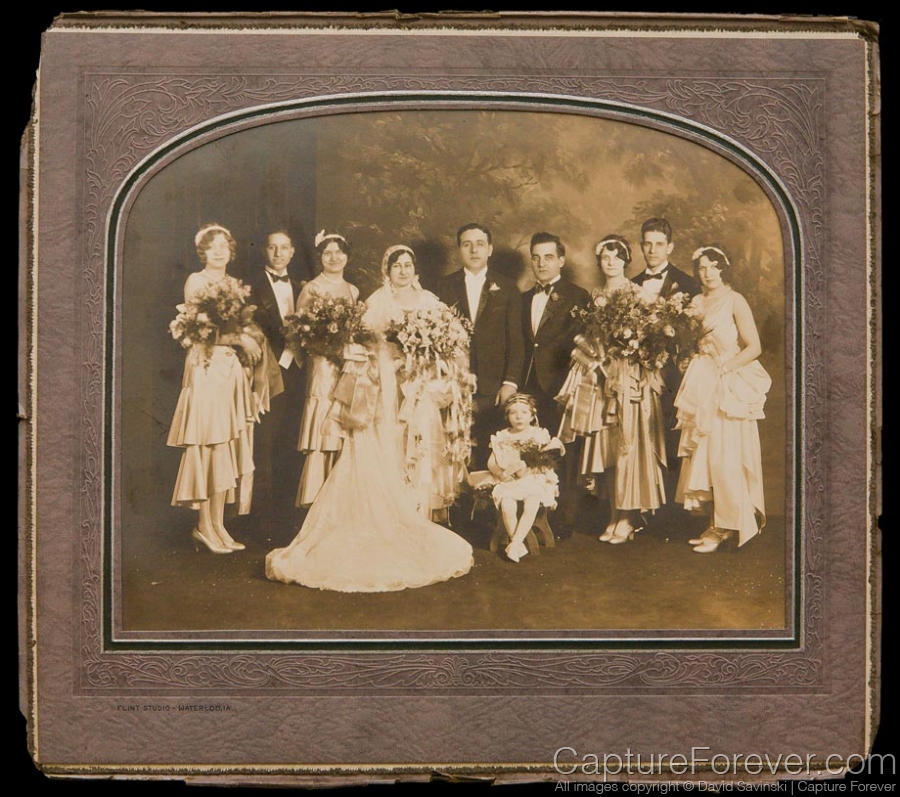